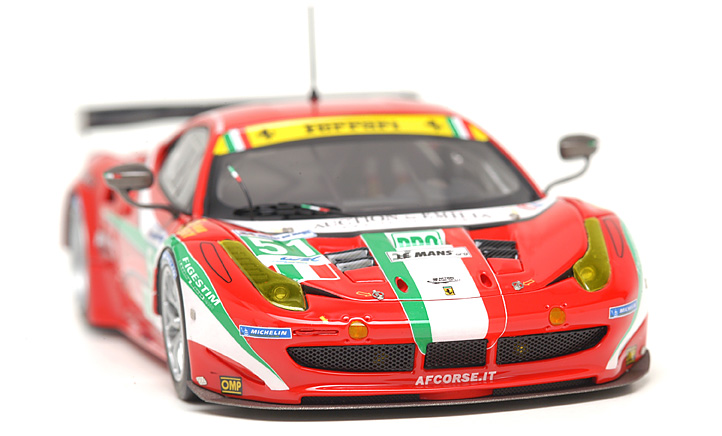 On 17-June-2012, Ferrari made history after winning in GTE Pro class of Le Mans 24 Hours race in Circuit de la Sarthe. Team AF Corse entered two cars in Le Mans 24 Hours 2012, No.51 and No.71 which finished 1st and 5th in GTE Pro class respectively. During practice, No.51 car had an accident and was beyond repair. This resulted in the team having to use a spare T-car for the race and No.51 had to start from the back of the grid as a result. Eventually, it was a dream win for No.51, piloted by Giancarlo Fisichella, Gianmaria Bruni and Toni Vilander.

This hand built model is crafted after the No.51 race-winning car, which has a different colour than the usual car. Top quality resin model car from Make Up Japan, in scale 1/43. Limited Edition of 50pcs only. Due to arrive HYC Models around end of June, reserve/pre-order by email to shop@hycmodels.com.